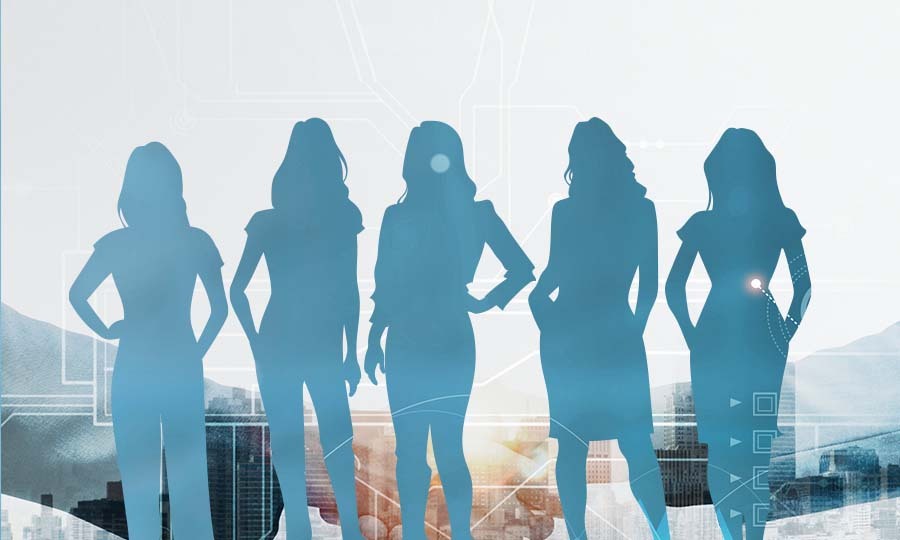 The number of women heading Fortune 500 companies has already hit an all-time record of 41 in the last year.

Katharine Graham became the Chief Executive Officer of The Washington Post in 1972, making her the first-ever female CEO of a Fortune 500 company. Looking in retrospect, Katharine said that she would often doubt herself and seek validation from her male associates. She knew that the decisions she was making were good for the company, but still needed confirmation.

During her leadership tenure of three decades, the revenue of the Washington Post grew about twentyfold and the company consequently went public on the New York Stock Exchange, all due to Kathrine Graham's strategic decision-making.

There are countless female executives leading multiple businesses in the corporate world and today we're going to witness the journey of some of them.

Mary Barra is the Chief Executive Officer of General Motors since January 15, 2014. She commenced her career with General Motors in 1980, when she was merely 18 years old. Her primary tasks back then were to inspect hoods and fender panels. After a certain span of time, she held a number of administrative positions that included managing the Detroit/Hamtramck Assembly plant.

Lately, Mary made GM's transition into the electric and driverless cars' space by acquiring multiple companies in the domain. This also includes the acquisition of Strobe, a California-based startup in driverless technology. In 2017, General Motors launched the Chevy Bolt EV. It was the first car with 200 miles and had a price tag of less than $40,000.

Gail Boudreaux is the President and CEO of Anthem Inc which is the 23rd-ranked company on the Fortune 500. Anthem is the lead provider of health insurance in the USA.

Gail had spent about 20 years at Aetna and was named the president of Blue Cross in 2002. In May 2008, she became vice president of United Healthcare and held the position of Chief Executive Officer from January 2011 to November 2014. At that point in time, United Healthcare served 45 million customers and had revenue of $120 billion.

In 2015, she stepped down from the CEO position of United Healthcare and founded GKB Global Health which dealt with healthcare strategy and business consulting.

Leena Nair is the youngest and first female CEO of Chanel, a French luxury fashion brand.

Leena previously held the position of Chief Human Resource Officer at Unilever. She was responsible for Unilever's human capital, which is spread across 190+ countries. Under her superintendence, Unilever was ranked as the number one FMCG graduate employer in 54 countries. She also led the inclusion agenda and diversity for Unilever.

In 1992, Leena joined Hindustan Unilever as a management trainee and subsequently held positions in factories, sales as well as corporate headquarters. In 2007, she became the Executive Director of Hindustan Unilever. She then went on to become the SVP HR in Leadership and Corporate Development along with the Global Head of Diversity. Then in 2016, she was appointed as the CHRO and a member of Unilever Executive Leadership.

Recently in December 2021, Leena Nair was appointed as the CEO of Chanel.

Karen Lynch is the president and CEO of CVS Health. In 2021, she was the highest-ranking female CEO on the Fortune 500 list. Karen spent about a decade in insurance before pursuing her MBA as she wanted to widen her financial background and learn more about the diverse business facets.

In 2004, Karen became the president of Cigna Dental. In the succeeding year, she simultaneously held the leadership position of Cigna Dental and Cigna Group Insurance. After a few years, she stepped down from Cigna's leadership position to become the president of Magellan Health and was with Magellan until 2012, after which she joined Aetna as an executive vice president. Lynch became the first female president of Aetna, a position which she sustained through the $70 billion acquisition of Aetna by CVS Health in 2018.

Consequently, she was appointed as the president and CEO of CVS Health on February 1, 2021. This appointment made her the highest-ranking female CEO on the Fortune 500 list. Under Karen's leadership, CVS Health distributed the COVID-19 vaccines in over 40,000 care facilities.

Susan Wojcicki has been the CEO of YouTube since 2014. In 1998 when Google was incorporated, its principal founders Larry Page and Sergey Brin established their office in Susan's garage in Menlo Park. Her role as Google’s first marketing manager was to discover ways to generate revenue from the organization’s search engine. Her first efforts came to fruition in 2000, with the introduction of AdWords, the clickable text-only ads that popped up on Google's search pages.

Before Google, Wojcicki worked in a marketing role at Intel Corporation. She was also a consultant at R.B. Webber & Company as well as Bain & Company.

And after witnessing the success of YouTube, Susan suggested the acquisition of YouTube. As a result, YouTube was acquired by Google in 2006. She was appointed as YouTube's CEO in 2014.

Women are truly making a massive impact in the business world. And we must acknowledge their accolades and draw inspiration from these highly successful women executives...!!